Every year pond hockey teams from all over New England gather on Meredith Bay of Lake Winnipesaukee to play.  Locals are sprinkled throughout the teams, vendors pull their trailers out on the ice, bars and night spots are full of rowdy hockey players.  Such a good time!

Over 250 teams met this year on 22 rinks to play pond hockey from January 31st to February 2nd.  Locals and visitors gathered on the ice to watch these quick games of hockey played on small rinks.  Teams can be all male, co-ed and all female.  The team names, “uniforms”, and traditions make up half the fun of this weekend. 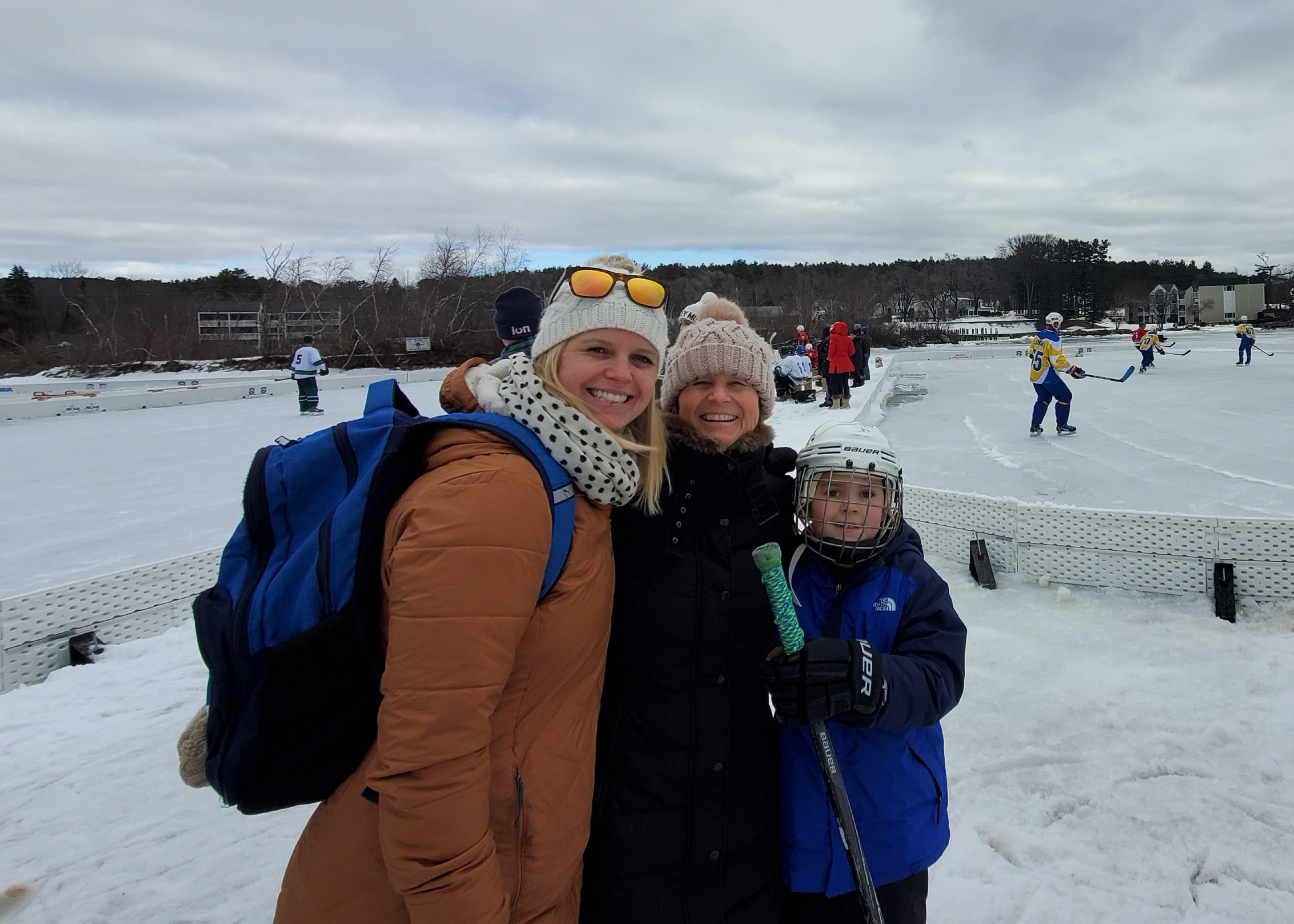 Pond hockey has been a fixture for Becky Fuller, a Lake and Island Properties agent, for years.  Her father, Dave Dolan, plays on the “Ice Sages” (red uniform shirts in photos).  He and his over 50 year old team mates have played in this tournament for years.  They made it to the semi-finals for the first time this year.  Dave and his wife, Pat, own a wonderful camp in French Cove at the southern tip of Bear Island.  Becky’s children were all baptized at St. John’s, the non-denominational church on Bear Island. 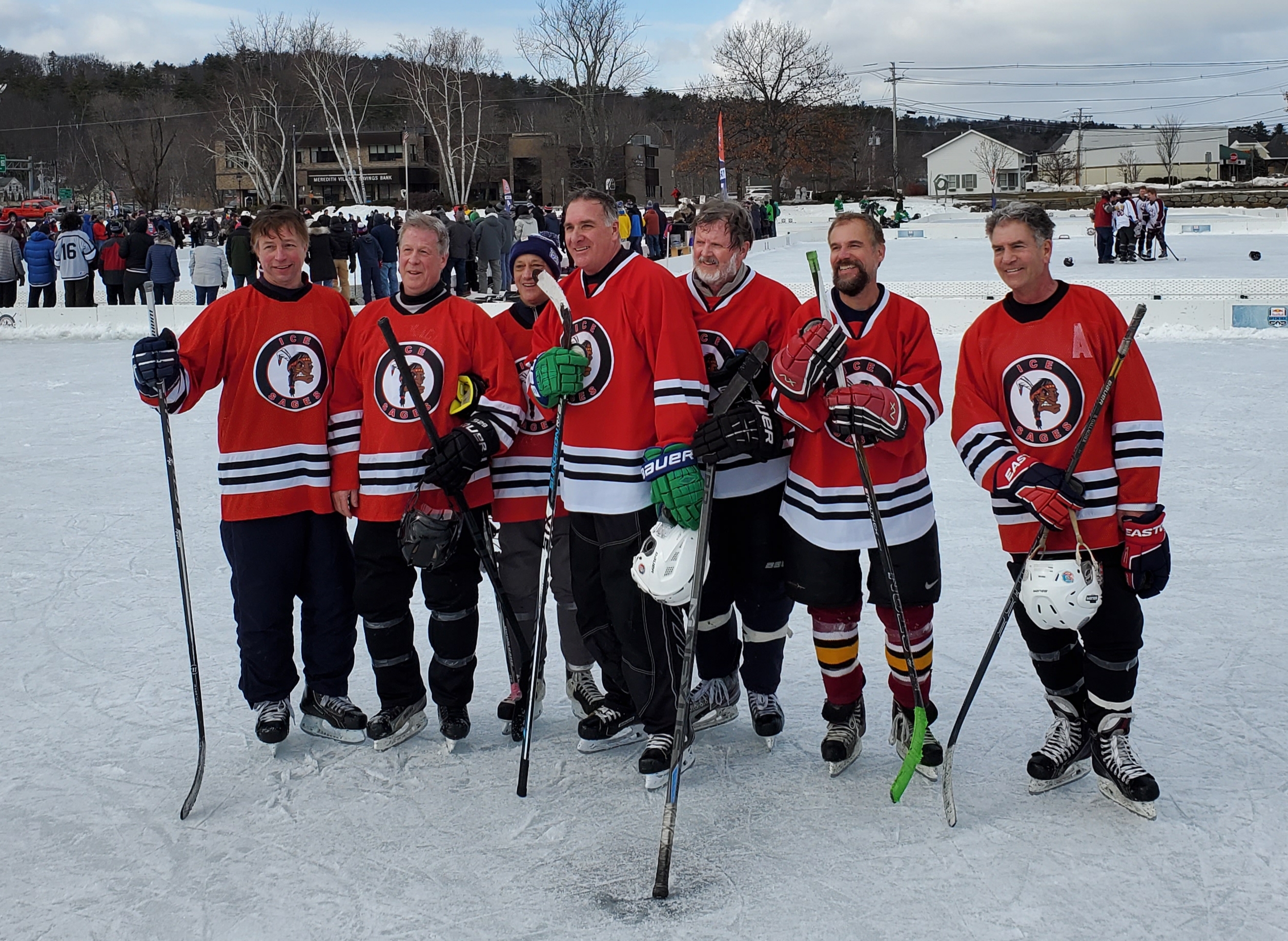 Another local, Derek Bekar, once played pro-hockey in Canada.  He and his wife Shanna and their 4 hockey player sons all live in Meredith.  Derek plays on the “Stonedam Islanders” pond hockey team (white shirts with green/blue stripes in photos) which have dominated their age division at the New England Pond Hockey Tournament for years (see their name on the trophy photo). 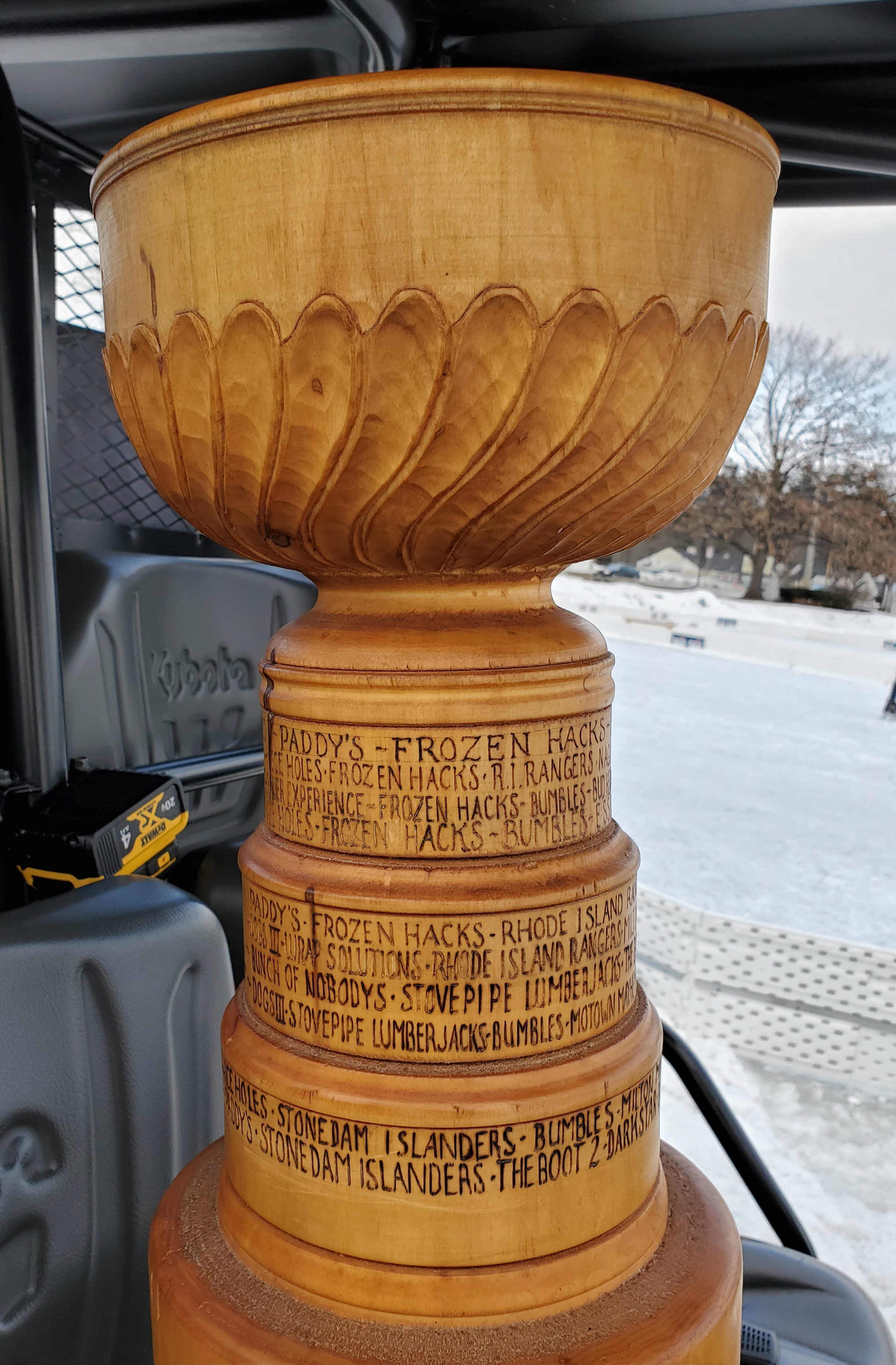 Mark, Becky, and I (pictured here at the final matches) meet to cheer on our local teams each year. 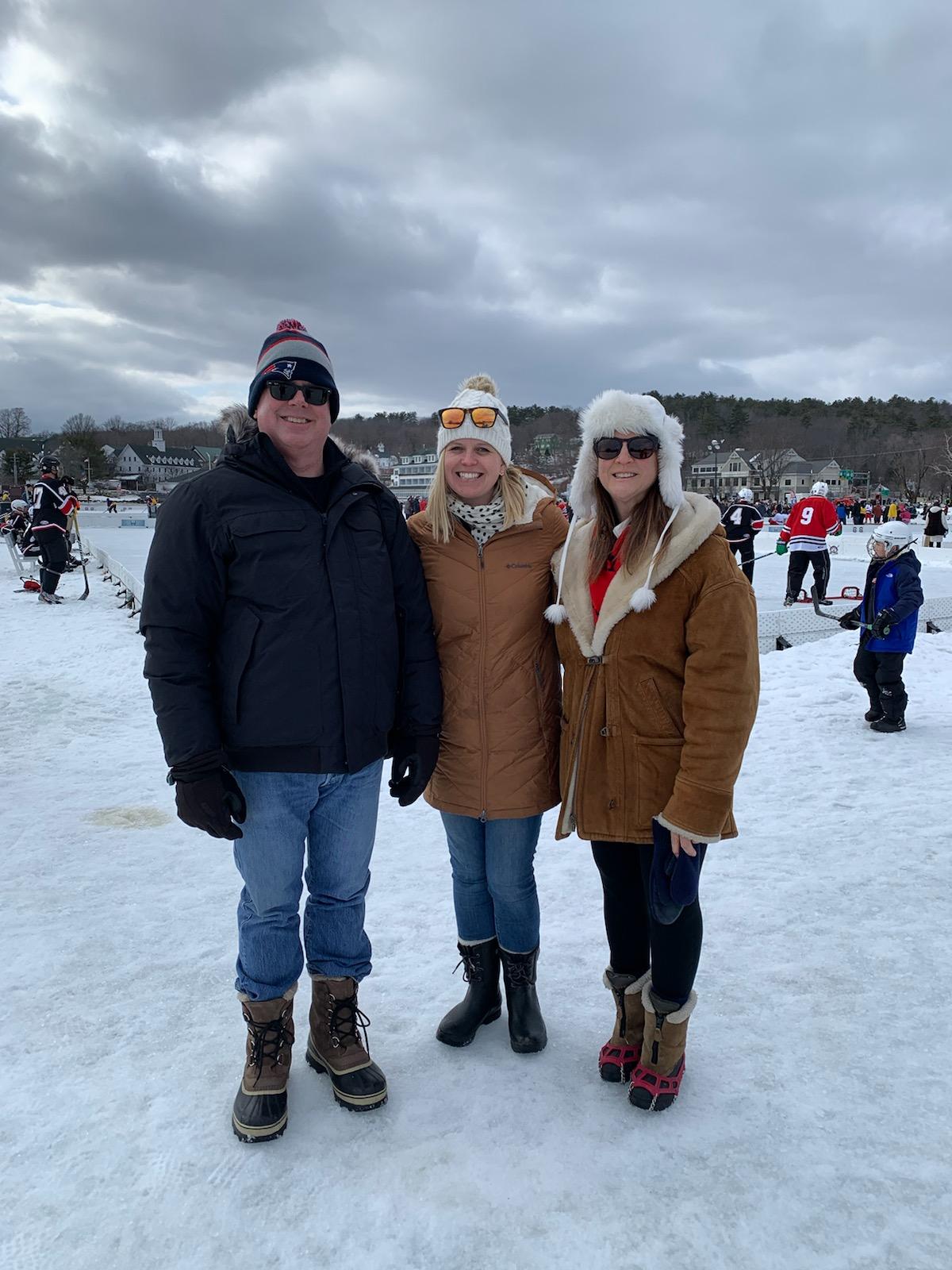 Previous
When Fire Strikes on an Island Next
Ice Fishing Derby

Thank you for contacting us, we'll get back to you shortly.

Sorry, we are unable to send your message at the moment. Please try again later.

Please provide your name and email

Thank you for contacting us, we'll get back to you shortly.

Sorry, we are unable to send your message at the moment. Please try again later.